Avoid the large tours and go with a couple working to educate the public and working with local scientists to restore the reef. You’ll learn a lot about the reef and the ecosystem and the efforts to restore them. We saw lots and lots of fish, especially Parrot Fish. And I saw a reef shark. Very cool. Also they put a lot of photos of our adventure on Facebook.

“Experience of a Lifetime”

Captain Jeff and First Mate, Trish, along with their family dog are wonderful company and teachers! Their sustainable tourism model is true to the spirit and respect of mother nature and all her beauty. Not only did we get to experience a once in a lifetime experience with a family of manatees we also walked away with increased knowledge and understating of the entire mangrove and ocean ecosystems. When we come back to Key West, Namaste will be the only excursion provider we will use. Real people with a real cause that provide a real experience. We love this company!

My family took the half-day snorkel trip with Namaste’ Eco Excursions last week. We chose this business because we wanted a more personal experience—there were six adults total on our trip. On the trip out to the reef, Jeff gave a review of the history of Key West, the surrounding reefs, and a pictorial tour of the fish and creatures we might find while snorkeling. Once in the water, he checked on everyone’s status to confirm that we were okay, and he and his staff did a great job finding interesting things for us to observe. Back on the boat after the snorkeling, he served fresh fruit, cheese, and water/lemonade. It was an outstanding adventure and we felt good about supporting this company and its efforts to help the reefs stay healthy while providing a service that allows everyone to enjoy the benefits of the living coral reefs. Thank you Jeff and crew for taking such good care of us!

Both Tricia and Jeff are very knowledgeable about the marine and wildlife eco systems in Key West. As a couple we had our own private excursion. As part of the reef snorkeling, it was terrific to ask Tricia questions as she educated us about the coral reefs and their inhabitants. When we kayaked through the mangroves, Jeff has a wealth of knowledge and you will be surprised how important mangroves are to the environment.

“By far the best/ most honest snorkeling business in the Keys”

My friend and I decided to do a quick get away to the keys back in late March. We were down there for just a Wednesday and Thursday.I knew we wanted to do a snorkeling adventure and I was trying to figure out which boating company I should go with. There are a lot of big companies, but I somehow managed to stumble across Namaste’ and it honestly looked the best. I called Jeff who works there and spoke with him about scheduling an excursion for the next day (Thursday). He called me back later and said he was concerned about the weather. Apparently it was supposed to be really windy the day we wanted to go out and he did not think it would be a good trip. Unfortunately, the only day we could go was Thursday and so he refunded our money and said he would happily take us next time we were down there. The big companies (Fury and Dangerous charters) were still taking people out on Thursday and we decided to go with them. BIG MISTAKE. We chose Fury and when we went out the waters were SO rough that people literally had to get saved from the water. At one point there were seven people gripping on to the anchor rope because they had to wait their turn to go back up the stairs and onto the boat. While they were dangling on the rope, they all had looks of pure fear and panic in their faces. The workers at Fury made it seem like these weather conditions were normal and that the giant waves were no big deal. IThe big companies are great on days that the seas are calm, but when they aren’t, the companies will STILL take you out and pretend like nothing is wrong. I remember thinking on the boat that I definitely needed to write a review to thank the people who own Namaste’ for being such an honest/ reputable company. If I ever go down to Key West again, the only company I will be snorkeling with is Namaste’ and I will recommend his business to any one I know headed down to the Keys. Thank you Namaste’ for truly caring about your customers and doing your research to make sure that when you take your customers out that they are safe/ will have an amazing experience.

“Couldn’t have been better!”

Wow! I wish I could give Jeff and Trishi ten stars. Went for a snorkeling trip a few days ago and we cannot wait to go again next time we hit the Keys.. The weather was great and we took full advantage of snorkeling in two separate “secret spots”. Jeff and Trishi are very educated, aware, and into protecting the keys reef system. We learned so much about the reefs, their eco system and inhabitants. Then it was off, or should I say overboard, to the most wonderful snorkeling one could want. It was more like swimming with trusted friends than guides. I could go on and on about the experience, but to keep it brief…My wife and I have never had a better time with such good people on an excursion…We shall never forget the adventure and would encourage you all to look no further for finding the perfect team to escort and educate you on a snorkeling trip you’ll rave about just as much as we are! Thanks again Jeff and Trishi!

My husband and I and 2 children (ages 7 and 9) had the most amazing time!! Captain Jeff and Trish were so comforting and helpful with all of us who were first time snorkelers. AMAZING TIME! Gorgeous sunset! Thank you Namaste'!!!

We had a great time! If you aren't a good swimmer, or cannot swim super far, wear the swim vest they offer! We had great visibility and a turtle came right up to us to see us. Amazing!

Great tour! Jeff and Chris we accommodating and knowledgeable. Would highly recommend for beginners and experienced snorkelers.

We had a choppy day which resulted in no sail and no snorkel . There was confusion on location we were on dock A per our confirmation but the crew of two were on dock B. Once we got onboard the two gents were informative and told us what when and why. The kayak tour was excellent and very well receive by our three kids under 12. The captain / guide was beyond knowledgeable . His passion for the preservation of the mangroves was contagious and the kiddos are still. Talking about it. But the delay due to mis information , the tour itself and motoring out and back accounted for well less than the four hours we thought we were booked for . In fact the gent taking the reservation told us that four hours was a minimum and usually the total time is much longer. But I guess the crew felt it was sufficiently choppy enough to call for a shortened trek.

Folks, I can't begin to tell you how pleased I am with Namaste' Eco Excursions. I was looking for a very special experience for my 7 year old daughter and Namaste' Eco surpassed my expectations. Capn Justin, Trish and Seth were very patient, kind and fun. Capn Justin called me the night before to be sure he understood what I wanted to experience and they delivered. Due to the Namaste' team's commitment, my daughter was comfortable snorkeling and seeing so many cool underwater living things. This was a true confidence builder and she hasn't stopped talking about it since. They are genuinely a nice bunch of people and I never felt like a customer. They made us feel like friends out for a day of sailing and snorkeling. I highly recommend and we'll be back. Until then, fair winds and following seas team Namaste'.

We had a great afternoon with Jeff and Trish exploring the gulf reef earlier this week. The eco presentation Trish provided before we snorkeled was very informative and interesting, plus it gave us a heads-up of what to look for before heading out into the water. They were both super friendly and knowledgeable hosts!

The crew was very friendly and knowledgable about reef life. My husband and I had a great time on our honeymoon excursion. Most vibrant reef snorkeling we have done so far! 10 dolphin came up to us while heading back to the marina. Amazing end to our day! I would highly recommend Namaste!

Our day snorkeling was one of the highlights of our recent trip to Key West! Jeff and Trish have so much enthusiasm and knowledge of the reef, it was very educational as well as just wonderful! The Namaste is a lovely sailboat, and Captain Ron and Popo rule!

Absolutely fabulous! This is the boat excursion you want! 2 of us had the boat to ourselves, with GREAT guidance from Captain and crew. Knowledgeable, friendly, and incredibly helpful and patient. Best service we could have asked for, and took us to the best possible snorkeling on an otherwise challenging weather day. We even got some nice harbor sailing on on this great boat, so peaceful and beautiful. Can't wait until next time, thanks guys!

Our Featured Tours Are… 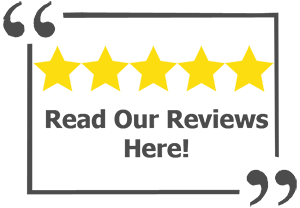 We are a Blue Star Operator 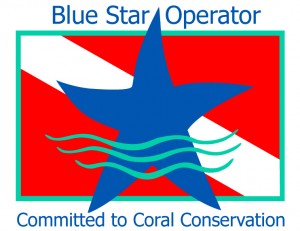 Check These Out Too!

Manatees in the Mangroves